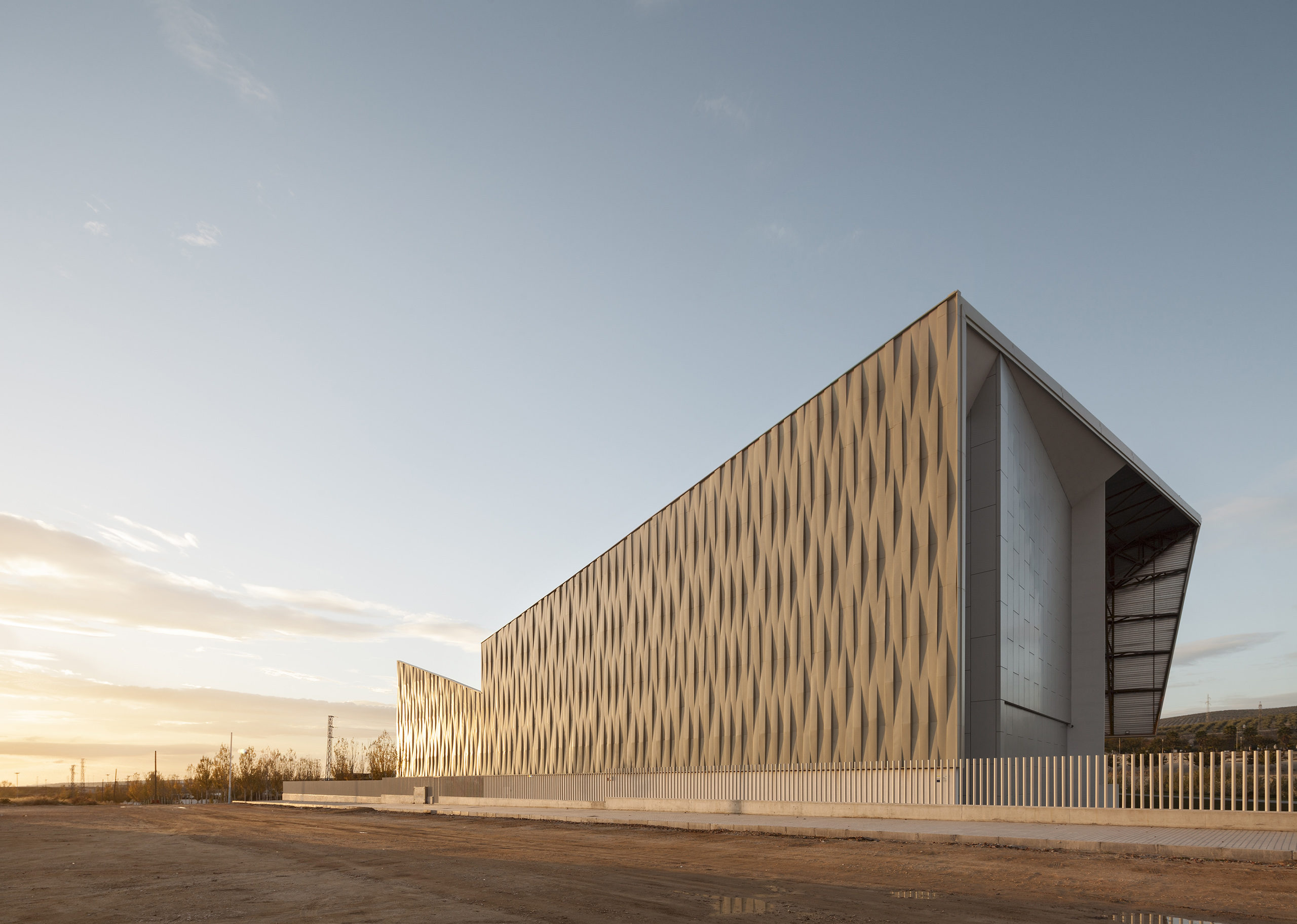 A promenade along the river on a gradual sequence of open and semi-open spaces gets embraced by a representative structural and spatial envelope. The building recognizes the importance of the fairgrounds in the city, the proximity to the river, the integration with the landscape and the extreme climatic conditions of the area. It proposes a spatial sequence based on different gradients of open, semi-open, covered and closed spaces. As a main entrance, a large open space is created that allows the congregation of crowds to hold concerts or open-air parties as an Open Forum. 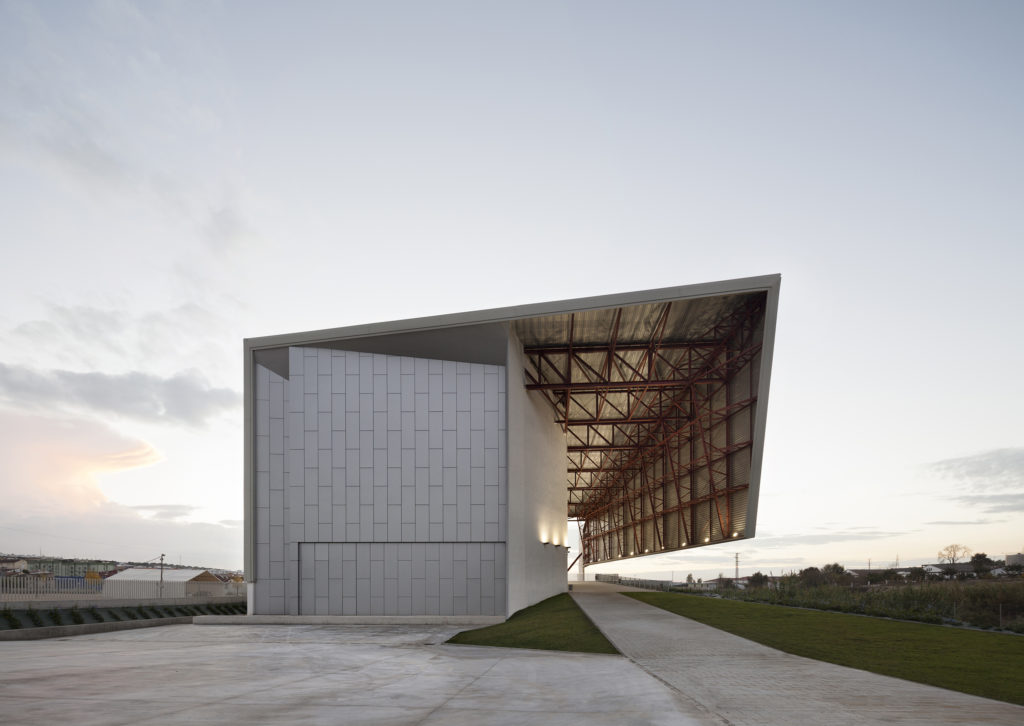 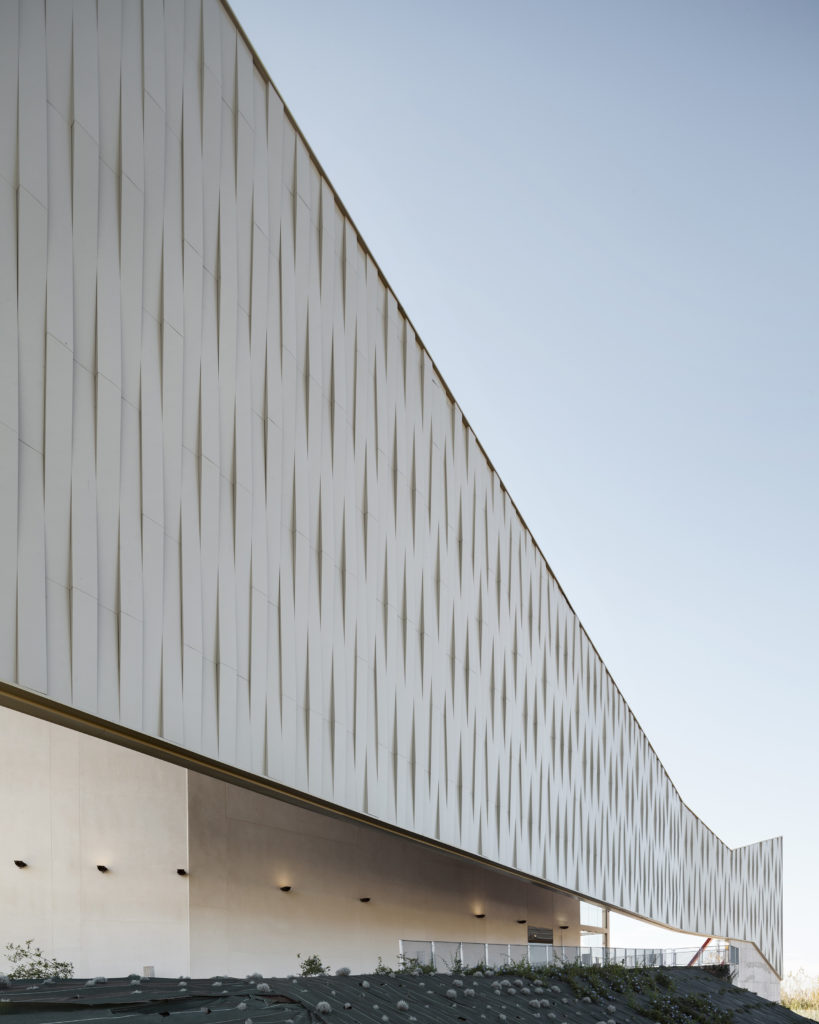 The gradual sequence of open and semi-open public spaces host a series of functions that enhance the vocation of the new flexible and multifunctional auditorium. This gradient begins with the “Input Forum” outdoors, a ramp with a cantilevered porch that recreates a Terrace-Foyer to enjoy the views towards the river and create a cool and shaded microclimate that encourages any activity of stay, not only for the public of the auditorium, but also for the city. It continues with a “Terrace-Foyer” riverfront, and culminates with the “Central Courtyard” that accompanies the entrance of the main programmatic two venues: Auditorium and showrooms. 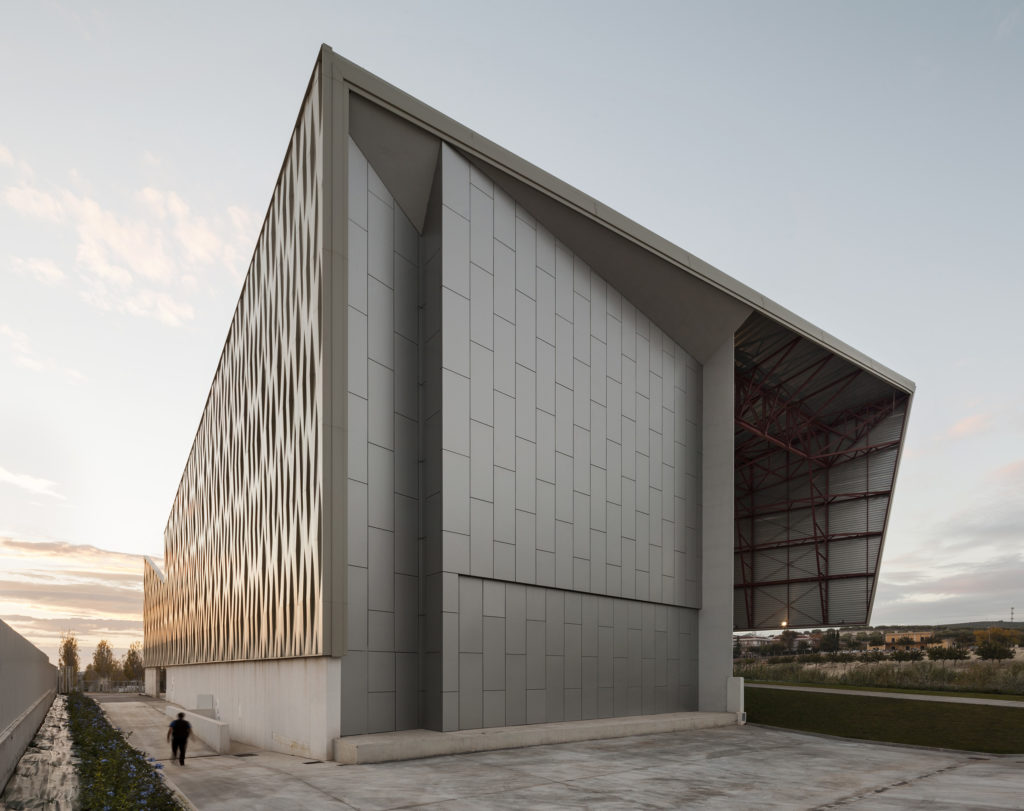 The volumetry of the building is simple and forceful, it is identified and integrated into the landscape, as a pavilion that is incorporated into the urban planning giving a new image of the entrance to the city from the main roads. The building is made up of two main architectural elements: a solid base and a light roof. The base acts as an extension of the topography that is adjusted to the needs of integration with the environment, generating a continuity of the public space and the landscape towards the interior of the building. Thus, it is molded according to the polyvalent functioning of the theater-auditorium and its access to the building. The light roof is detached from the base, allowing wide span and large openings to wrap the interior spaces.

The building is composed of two main architectural elements: base and cover lightly. The base acts as an extension of the topography which is adjusted to the needs of integration with the environment, creating a continuity of public space to the interior of the building. The base also is modeled according to the operation of the theater auditorium, containing the main stand outside and access to the building.

The light cover is detached from the base, allowing ample light and strong opening to wrap the interior spaces. This cover extends to the outside and its geometry is presented as an icon that identifies and integrates the surrounding landscape, responding to the concept proposed by the planning halls of this fairground. The auditorium with its presence and visibility from major roads accompany the new image to the city. 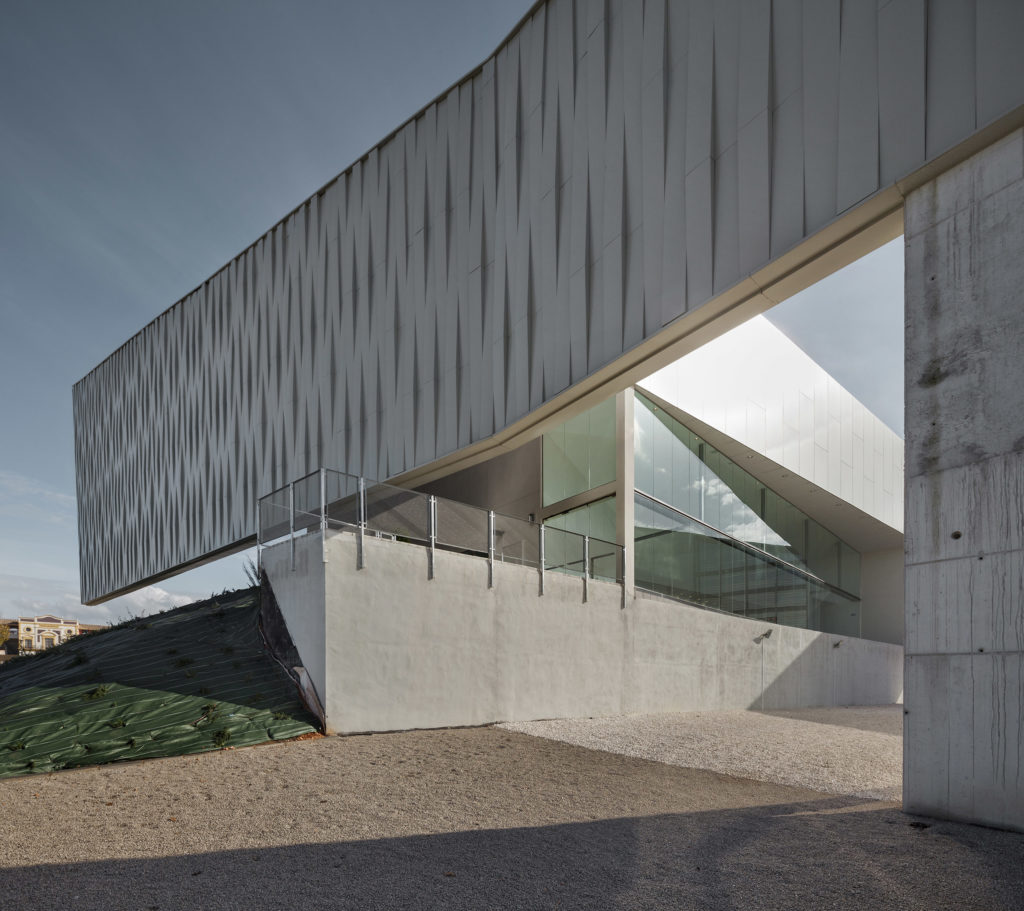 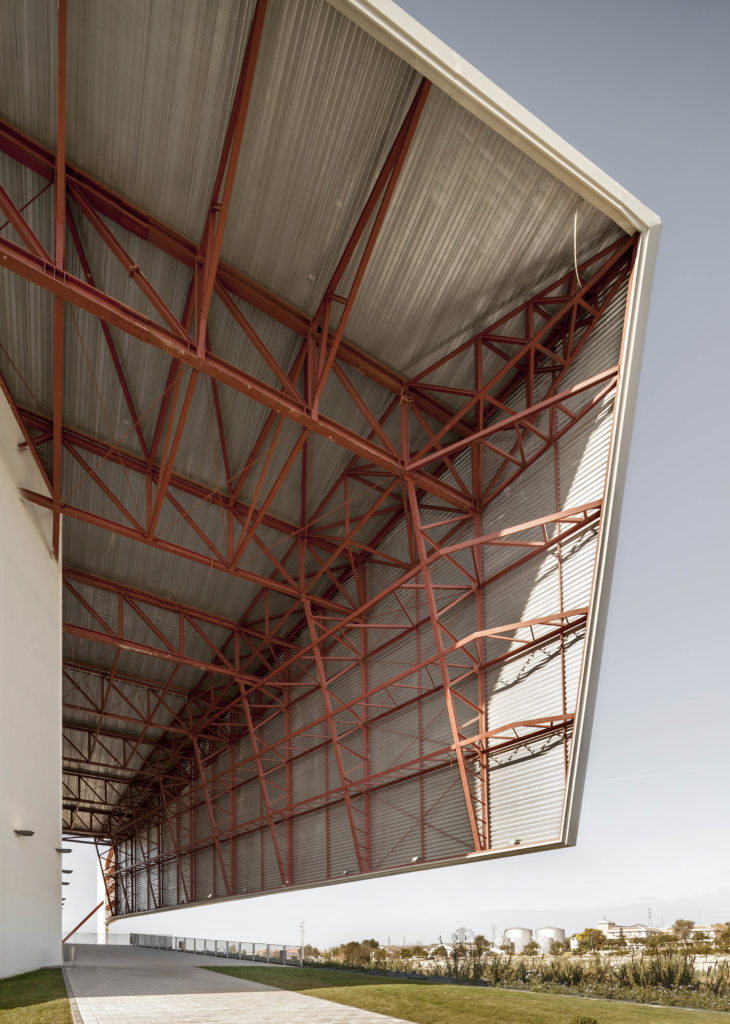 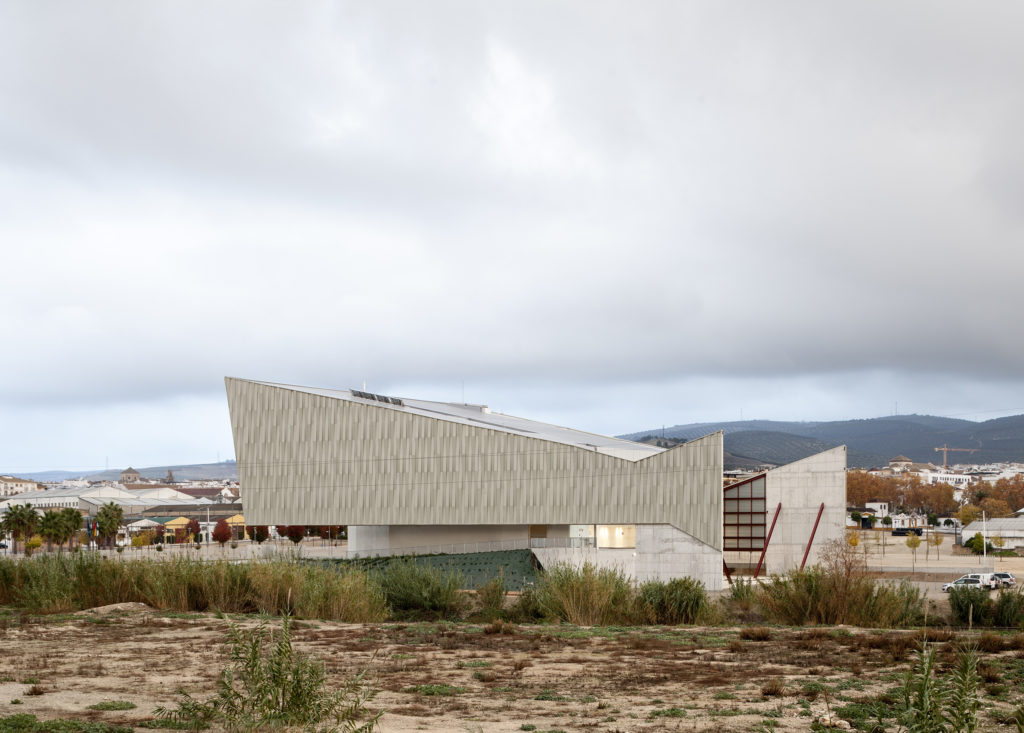 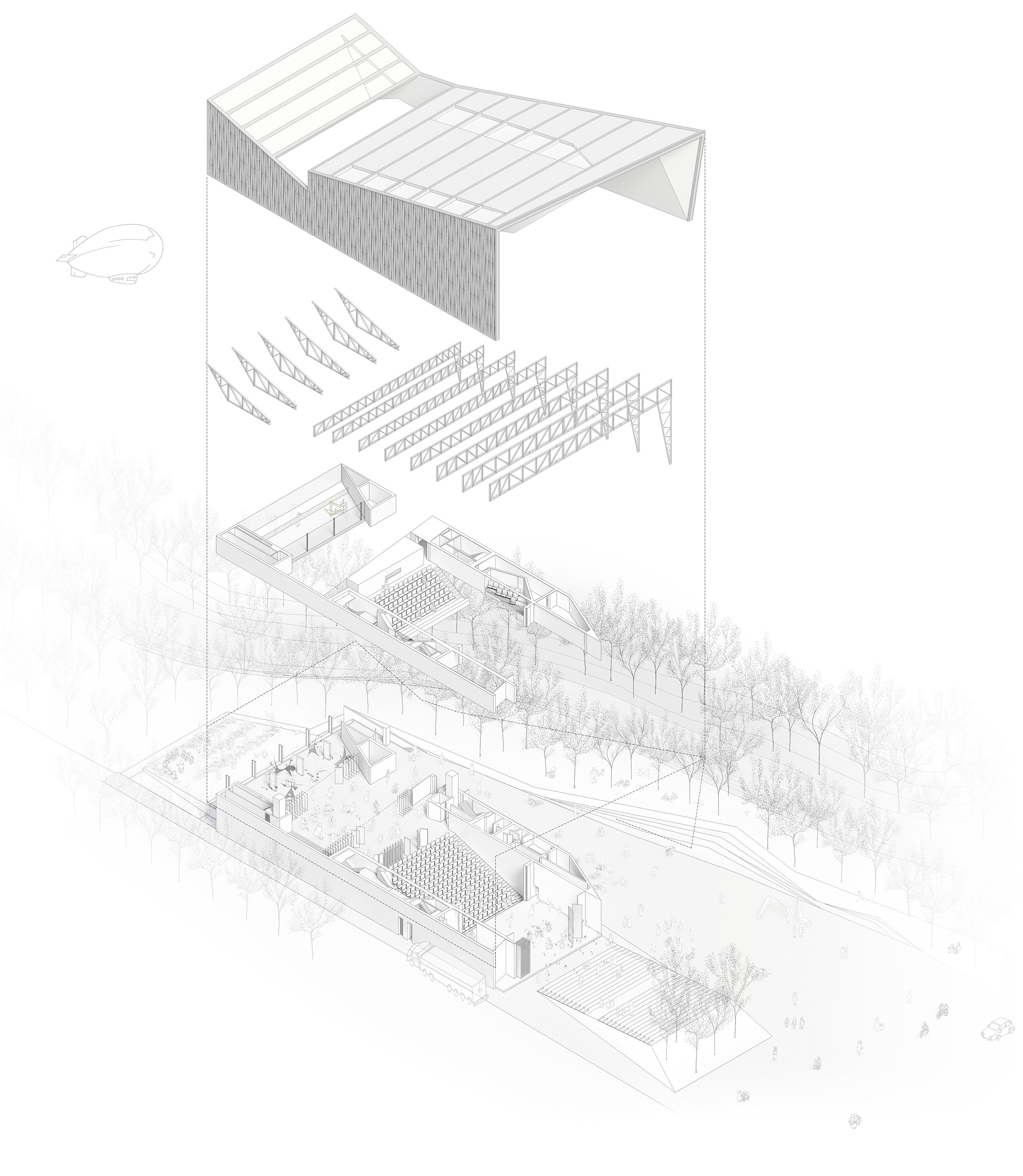 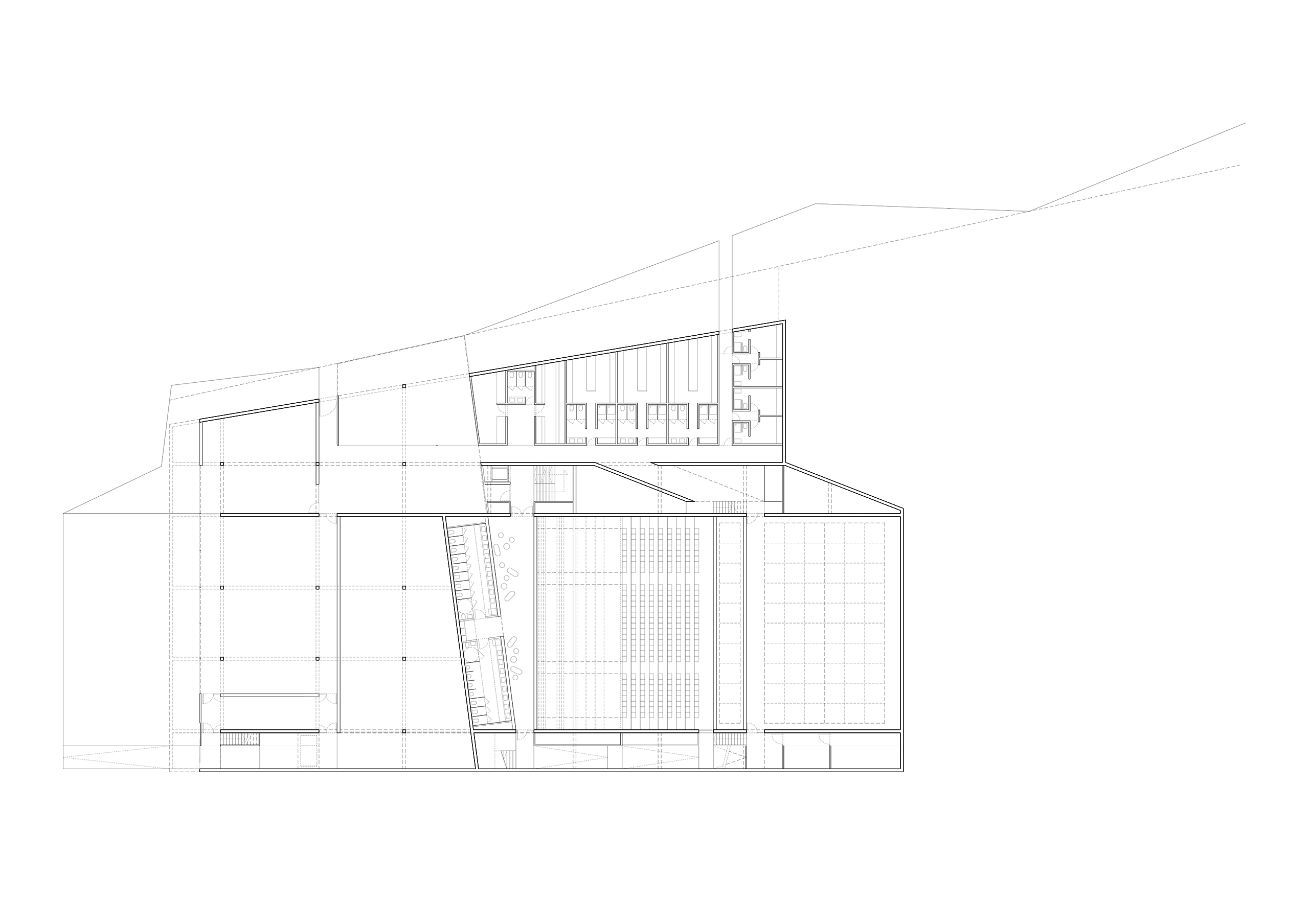 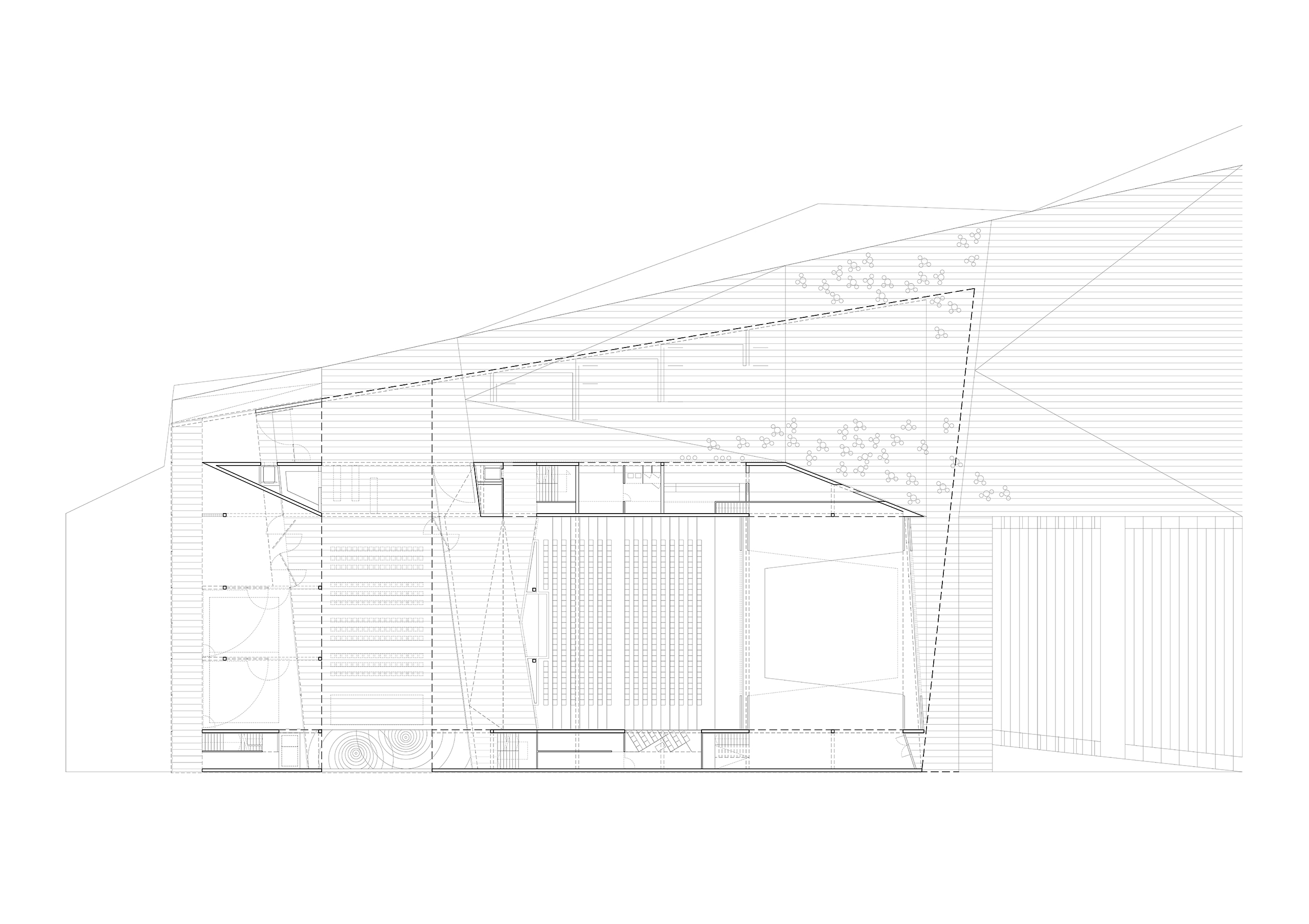 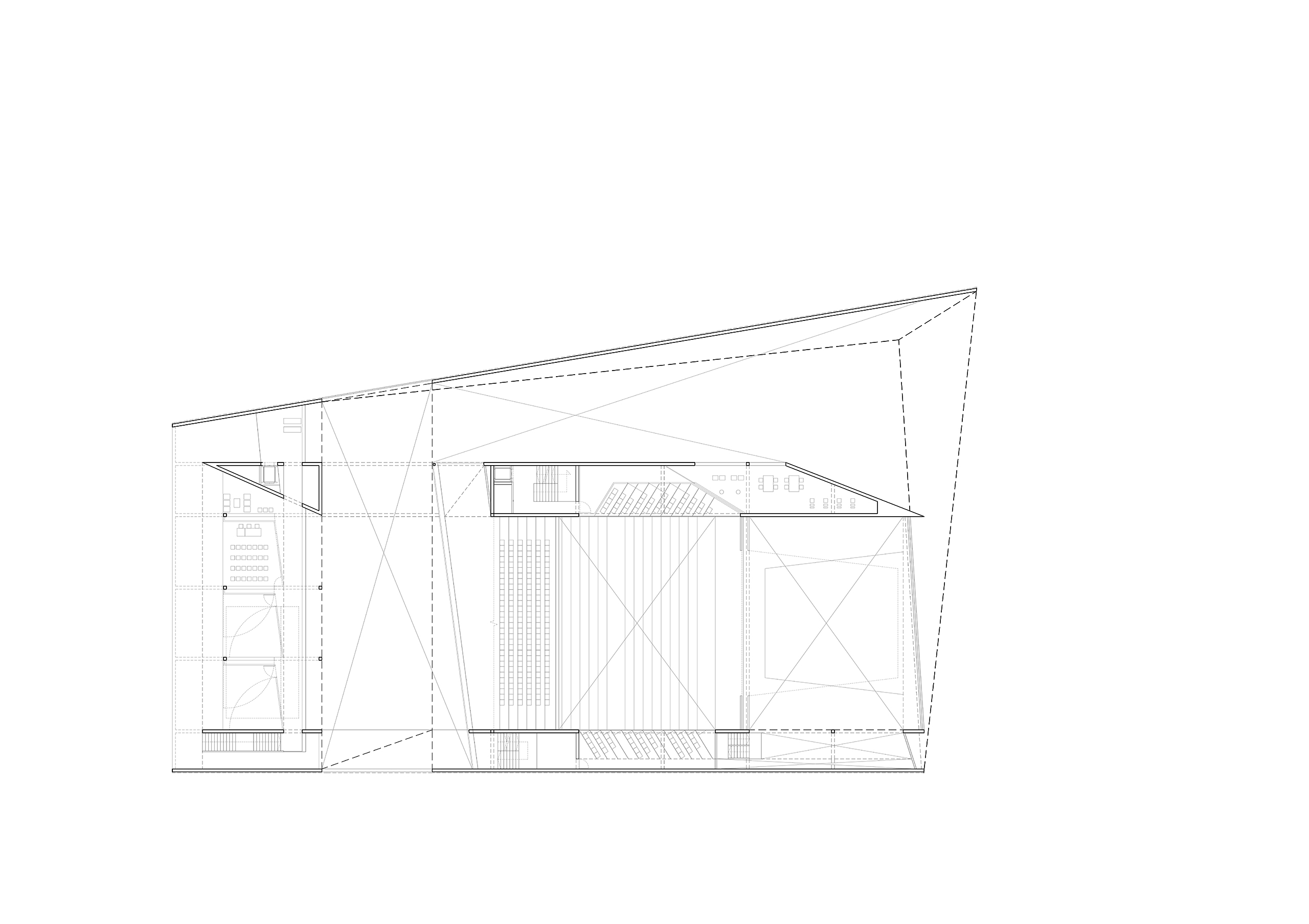 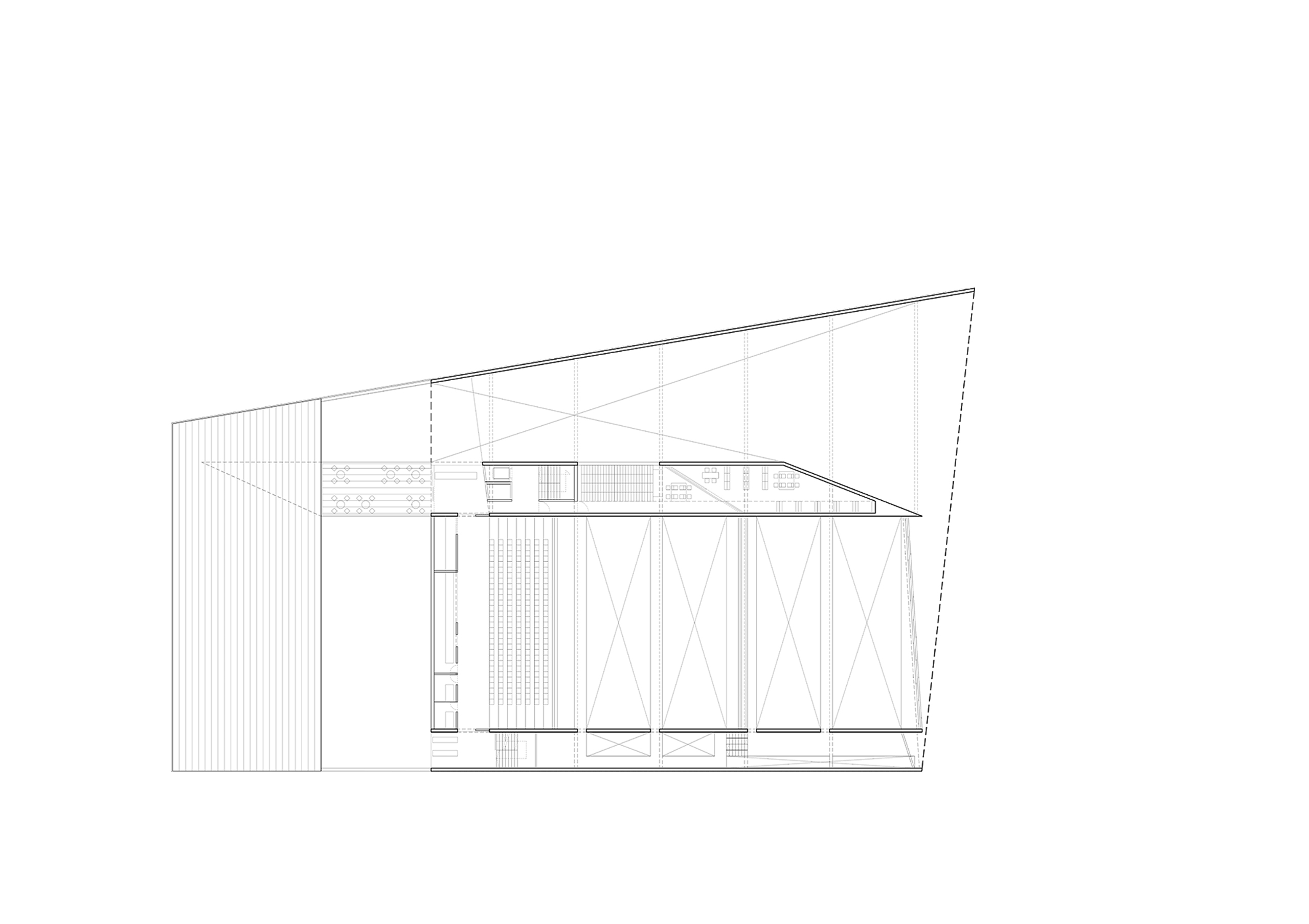 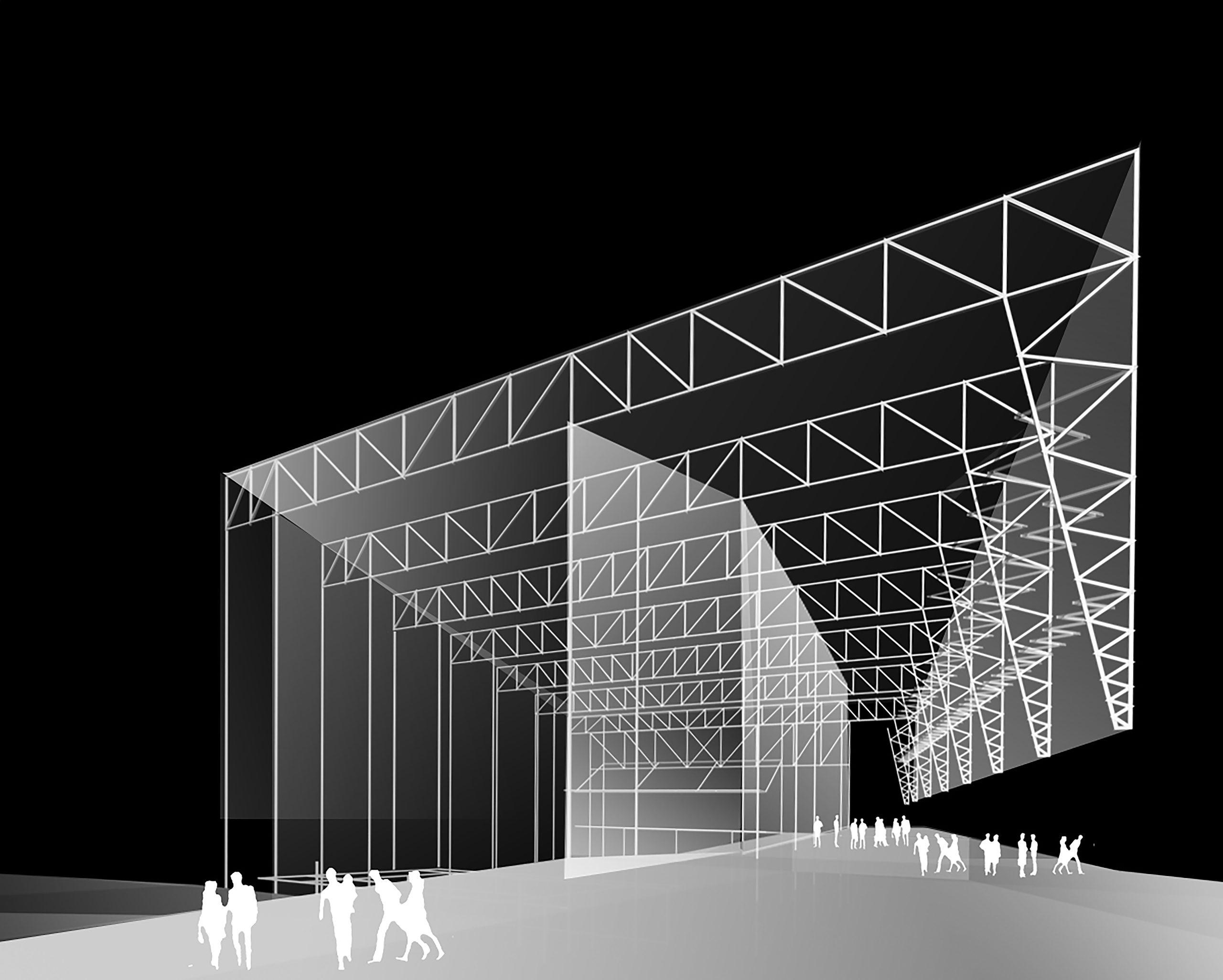 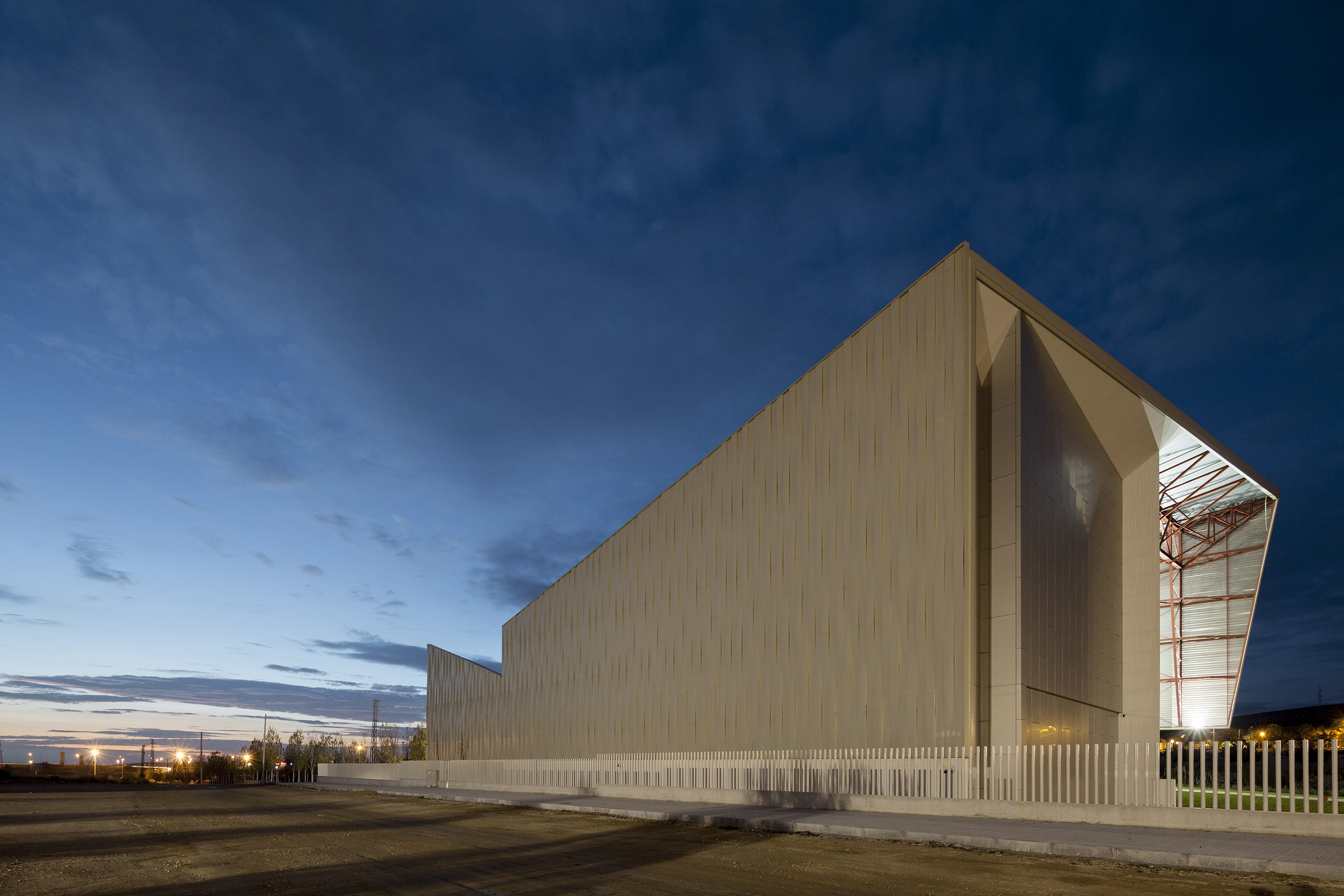 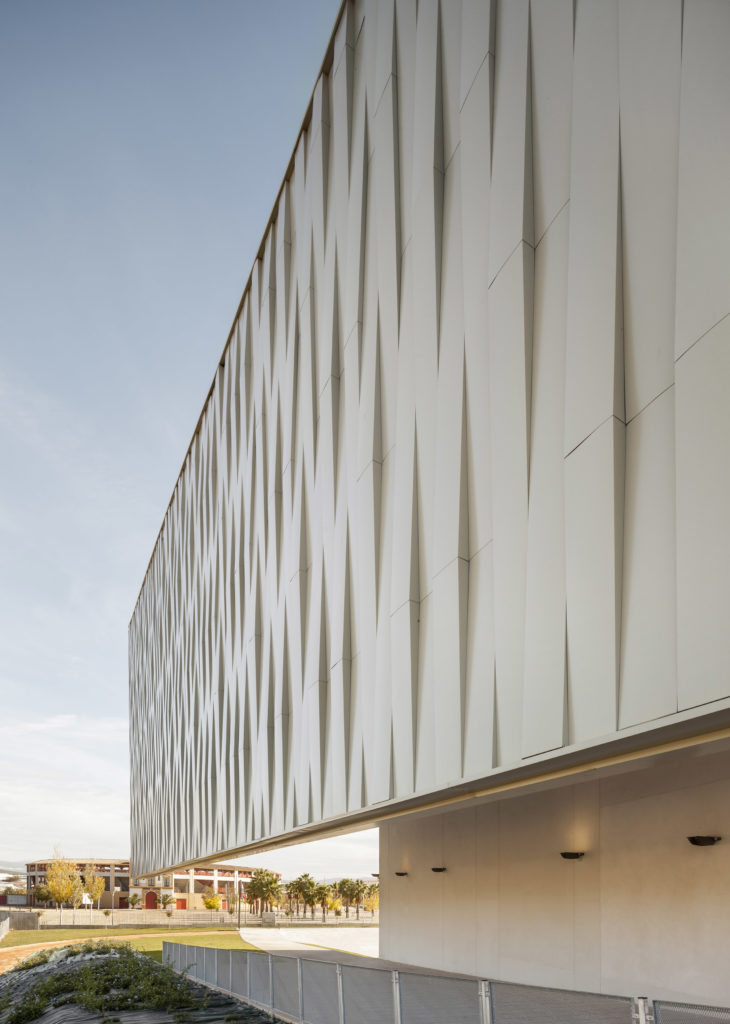 The construction of the building, amid the economic crisis, forced to rethink its construction in phases, with construction system more efficient, lightweight and economical, supported by local industry. We used a system of acoustic-covered trays lightly to remove any straps or structural reinforcement elements that would be subject to increased economic and structural loads. The facade consists of variable section aluminum trays, allowed a fast and dynamic assembly at the end of the building, with optimization of time and costs. The building was adjusted in size, variety programming, rational structure, building system, so he managed to finish the building on time and budget measured. 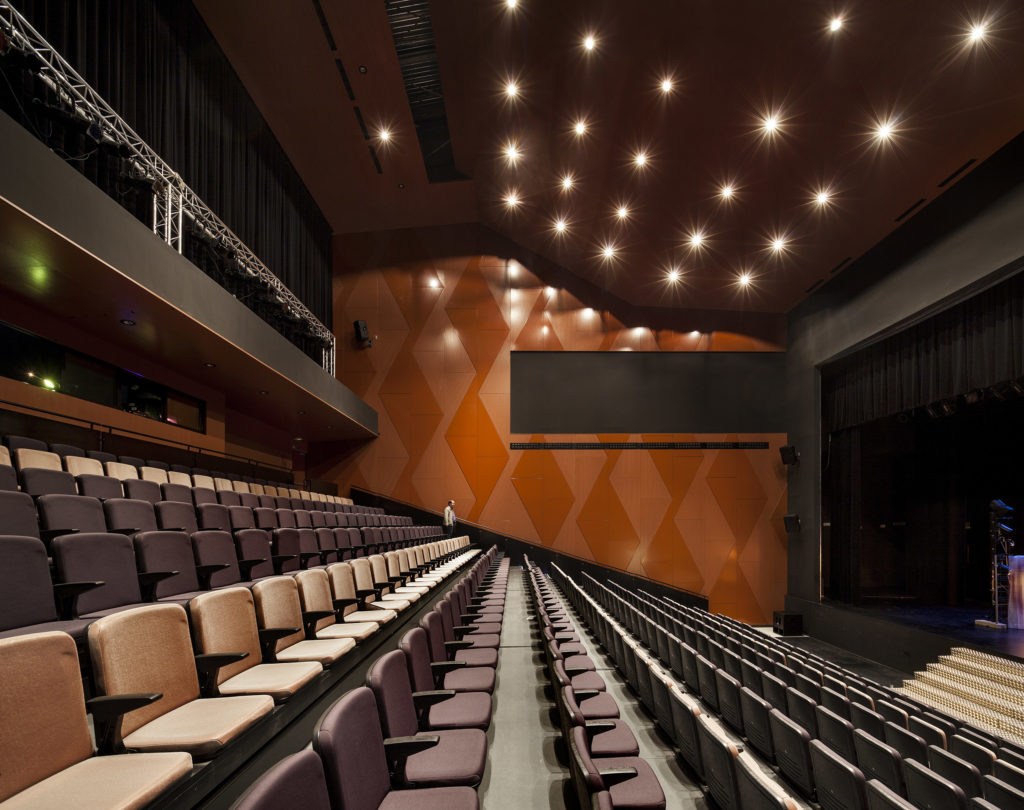 The theater – audience is carefully designed to be acoustically suitable enough to accommodate different types of programs. When it divides the room downstairs, for its volumetric terms, saying that works best acoustically before an event theater chamber, while the room of the gallery is configured to absorb minor uses projections room, lectures, films, etc.
The geometry of parallel distribution of seats on the ground floor is intentional. It is proposed to function as a telescopic stands for obtaining a multipurpose room with flat floor for events and performances of various kinds. 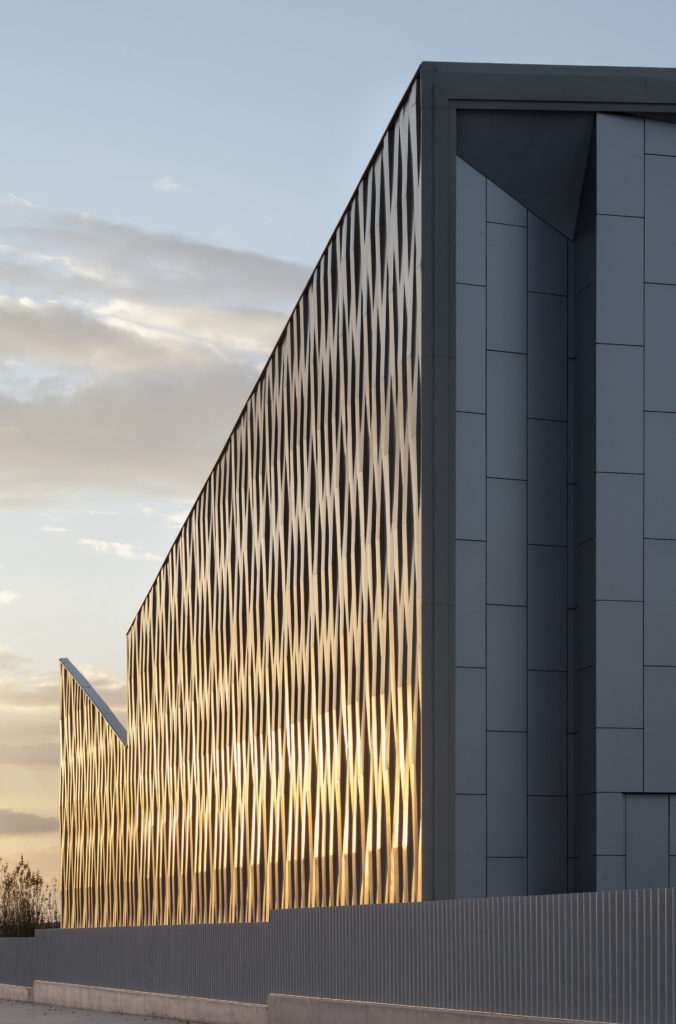 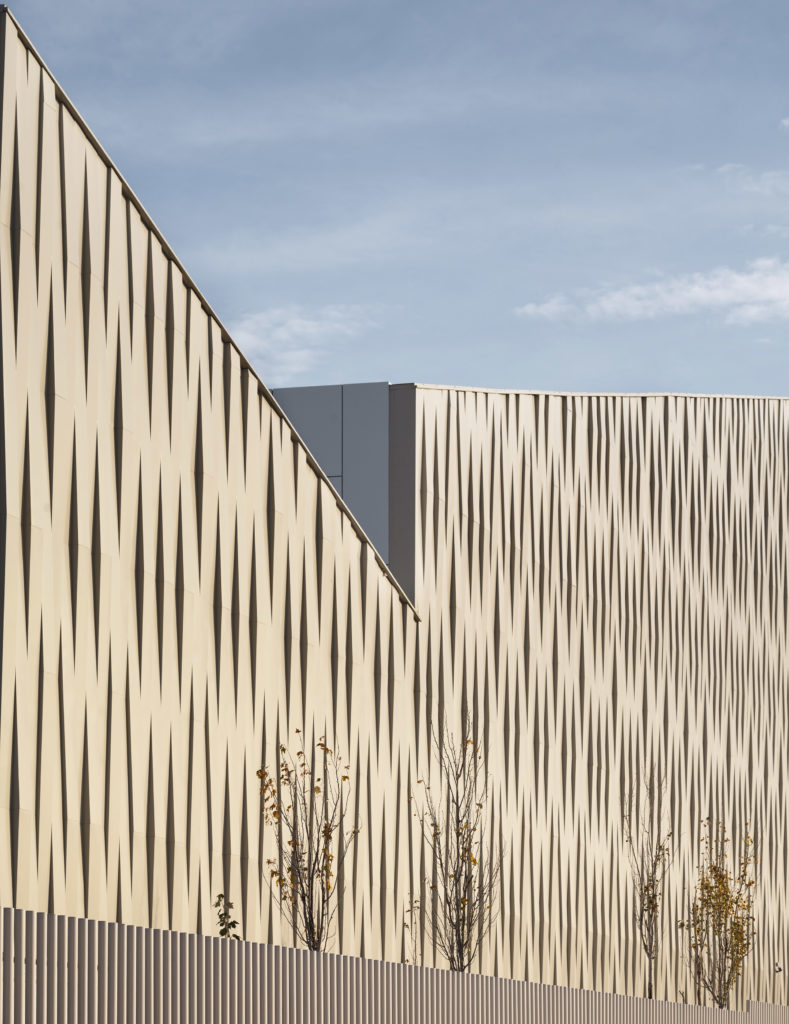 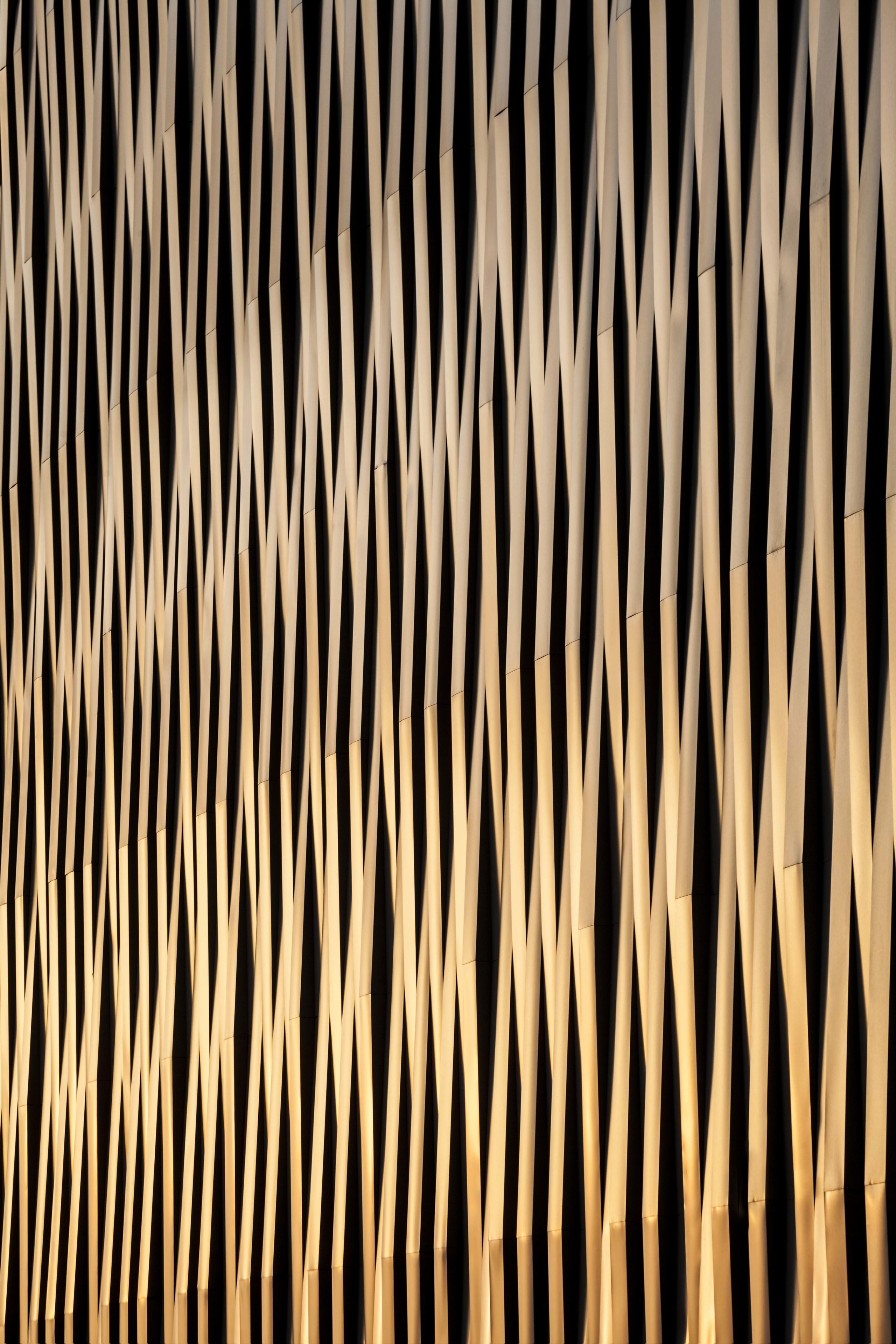 Archive of the City of Barcelona