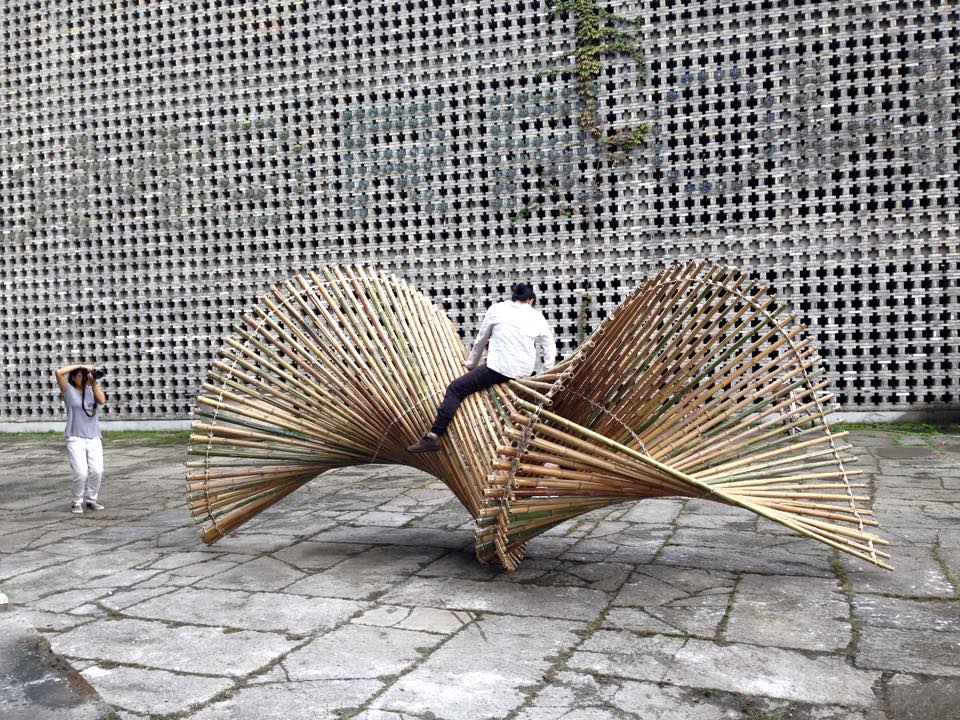 It was an authentic privilege to be part of that unique art and architecture world at the China Academy of Art in Hangzhou. It was definitely a teaching and research challenge for us, but on top of the excellent results, we believe the real gain was through the experience of working in there as part of that community.

“Emotional Structures” was the theme suggested as the starting point to research on the associations that exist between art and spatial structures in a 4 weeks intensive design workshop. The aim was to raise an open approach to spatial qualities from the aesthetics of a structural genesis. The frame in which student work was supposed to be constrained was sketched as a “hands on-wood model making” exercise. But shortly before the workshop started, Professor Wang Shu suggested the possibility of turning the objective towards building -1:1scale wood prototypes. 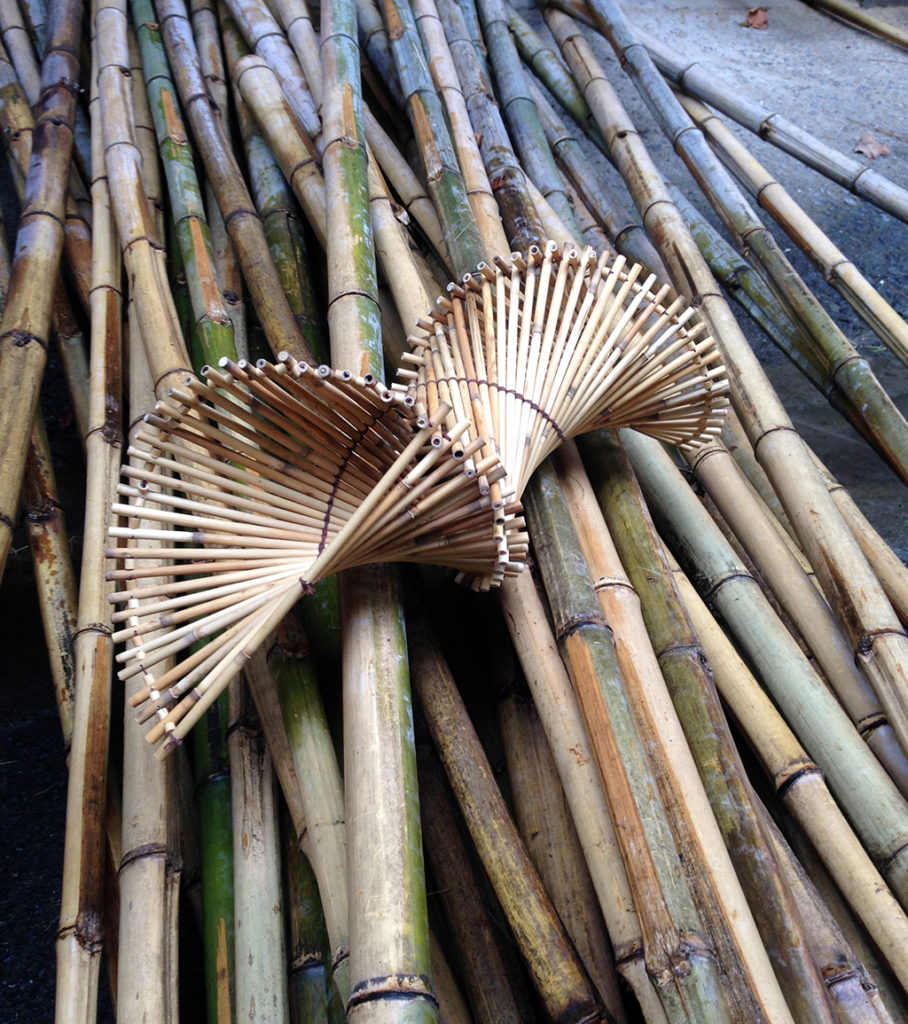 Students and professor were eager and hardworkers. They responded to the task with creativity, imagination and attitude. Students have to explore the unexpected by combining two things that at first sight could have nothing in common: Art and Structure. In that sense we rather bring Professor Wang Shu´s words about our workshop in order to describe it.

Light Structure Shows An Attitude
(extract of Prof. Wang Shu’s article about Mendoza Partida’s Workshop at the China Academy of Art in September 2015)
…Many foreign architects have led workshops at our School of Architecture during the past years. The time for the workshop session is usually around the beginning of each semester… I hoped that there would be outstanding foreign teachers teaching a workshop related with structure in the fourth grade. Good teachers are not easy to find. But on the other hand, if you insist on one direction of teaching experiment, a phenomenon will certainly be spread and an atmosphere will certainly float at the school. The atmosphere would attract kindred spirits, like the young Spanish architect couple, who applied to conduct a construction workshop for the fourth grade at our school…. 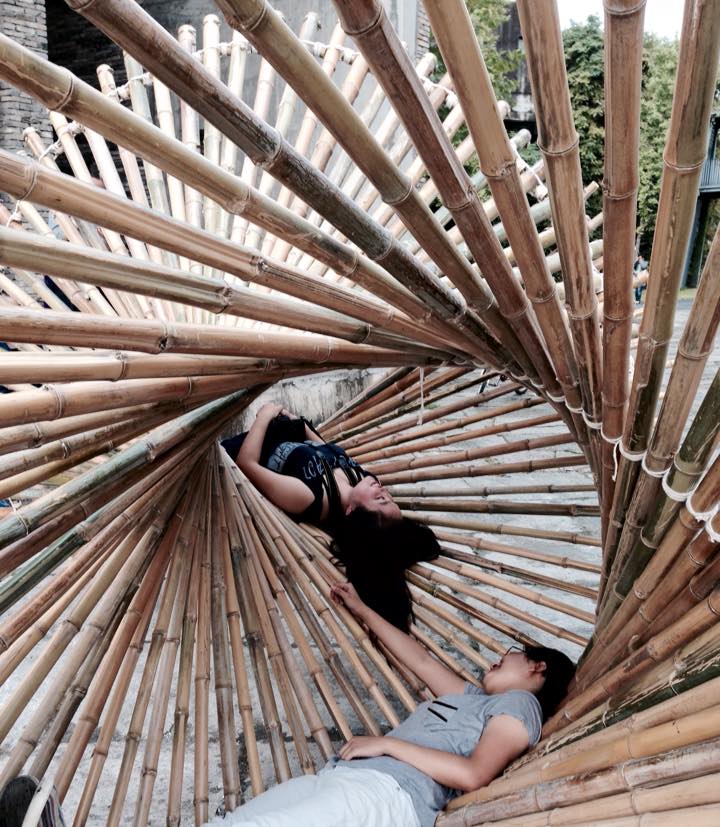 The two Spanish architects named their workshop “Emotional Structure”. I really like it because I could imagine that they taught with emotion, and in turn they also aroused the students’ emotions, which then evoked the light sense. If light structure as a kind of resistance gains a worldwide universality, I especially pleased that the students’ works conducted by the two Spanish architects obtain a hint of cross-cultural flavor. By careful observation, we could see that several pieces of works were structures combined of small movements or components. They were not statically set, but with a spiral growing rhythm, which reminded us of the skirt of the enthusiastic flamenco dancer…. 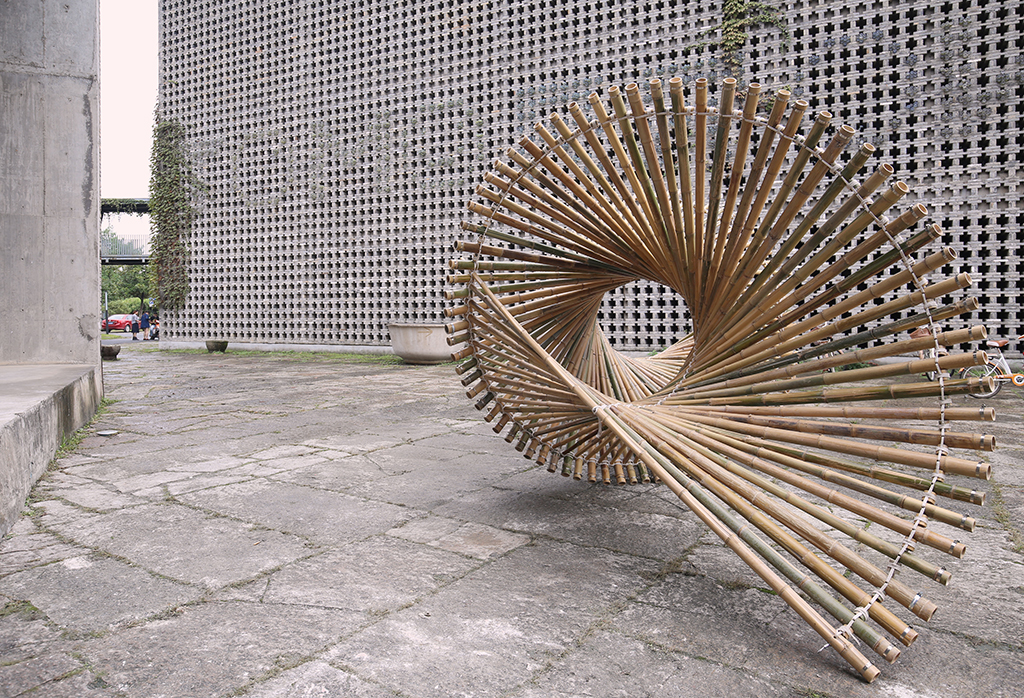